← more from
Youngbloods
Get fresh music recommendations delivered to your inbox every Friday.

I Came Across A Dreamer 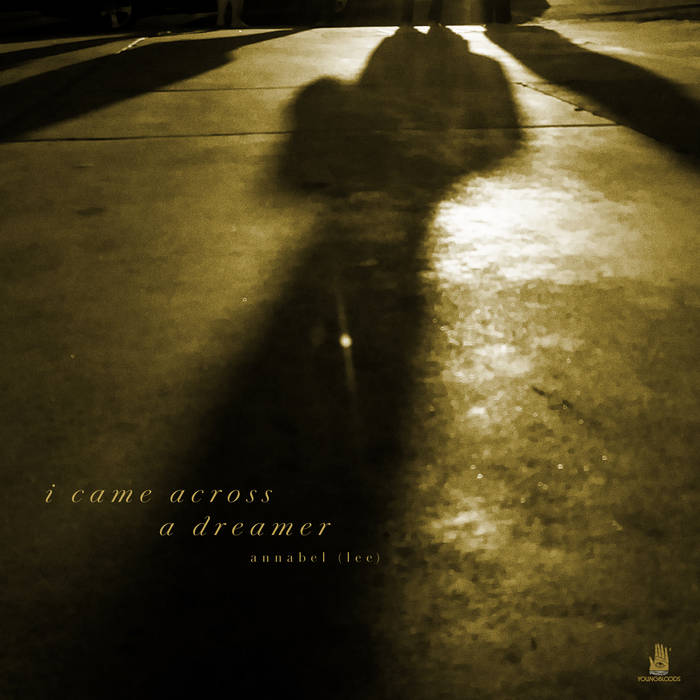 Twistedsoul If you're not a fan yet, you will be after hearing this beauty.

With summer dim on the horizon, Los Angeles-based ensemble Annabel (lee) welcome the lengthening nights of autumn with one last EP before finalizing their third full-length album for the new year. Working again in conjunction with Brooklyn/LA syndicate Youngbloods, writer & singer Sheila Brown Ellis, with her husband, composer & producer Richard Ellis, reveal the roots of their signature brand of Noir Jazz as they spend this October briefly peering into their past. Exercising their skills as band leaders, Richard and Sheila deliver a specular after-hour sermon on the power of mutual bonds and the fruits of collaborative creativity, trading roaming acoustic guitar leads for authoritative striding bass lines and dark strings for the orchard whistles of song birds and flutes.

Across their discography, the Ellis’ work has been largely developed in private and underlined by a sense of isolation. Both full-length solo efforts, “By the Sea… And Other Solitary Places” (Ninja Tune, 2015) and “The Cleansing” (Youngbloods, 2017) were heralded for their deeply personal lyricism and compelling, vacant soundscapes. In contrast, “I Came Across A Dreamer” works outside of Annabel (lee)’s usual Baroque framework, having been built from recordings that predate both LPs and feature collaborations traversing the span of their career.

Concluding in a celestial collaboration with, and in memory of, late friend and composer Alex Janz, “Lovers’ Wings” is a gentle dance amongst the clouds playfully speaking to the strength and bliss of partnership, in both music and life. A notable shift in Annabel (lee)’s traditional tone, the romantic ballad drowns out concern with the soothing acoustic comfort of a garden in blossom.

While each composition is a product of differing times and tribulations, they are bound together by the necessity of connection and uncovering common ground. The succinct journey contained within is a winding road taking Annabel (lee) though vast eras of Avant-garde musics and cerebral Downtempo experiments, exposing the formula of influences that ultimately brought us to the fusion of Psyche-Folk and Noir Jazz that they have made their own.